One question we often get from attorneys that are working with clients that are on Supplemental Security Income (SSI) or Medicaid is this: “Can we send a settlement check to a client’s relative to preserve their government benefits? This client doesn’t want to set up a special needs trust, and the client doesn’t want to spend the funds down in the calendar month that they received them.”

Far too often, we’ve seen attorneys try to get creative and decide to send the settlement check to the client’s relative, with the intent that the relative can send the client money when he or she needs it.

While this might seem like a good idea, it’s actually one of the most damaging decisions the attorney or client could make in this situation. So, don’t send a settlement check to a client’s family member.

Does Medicaid Know When You Have Received Money from a Settlement?

The problem with this approach is Medicaid knows that the client has received or will receive money from a settlement. How does Medicaid know? Medicaid is going to know if there was a settlement because, generally, there is a Medicaid lien that had to be negotiated as part of the settlement process.

Since Medicaid knows that the client is already on Medicaid, they are going to know that something has to happen with the plaintiff’s settlement recovery, and they will want to know where it was spent. Medicaid will want to know if the settlement funds were spent on exempt assets in the calendar month that the client received it, or if the funds went into a special needs trust.

SSI is going to know that the client received a settlement as well because the Social Security Administration conducts regular reviews of those receiving. Sending it to a family member other than the client and thinking that it will keep their benefits and everything will be copacetic is not a good idea.

What is the Problem with Sending Money to a Relative?

For additional information on how the Social Security Administration treats the transfer of resources, please view the “Spotlight on Transfer of Resources” by clicking here.

If you have a client in the situation where the client does not want to set up a special needs trust and does not want to spend down the funds on exempt items in the month of receipt, the options are very slim sometimes.

Give us a call — our firm will try to be as creative as we can within the rules so that we keep them on benefits and keep you as the attorney out of trouble for doing something that is against SSI and Medicaid rules. How to Choose a Trustee for a Settlement Protection Trust or a Special Needs Trust?

When a client receives a settlement, they often need a trust to protect the money. It could be a settlement protection... 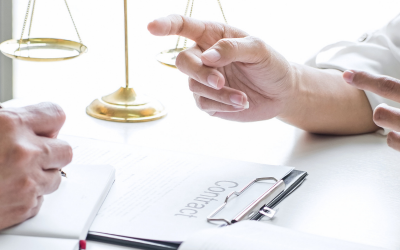 The Difference Between a Structured Settlement and a Fixed Income Annuity

When it comes to settlement plans, attorneys and clients are most likely familiar with a structured settlement...

The Benefits of a Structured Settlement Annuity

A structured settlement annuity is an excellent vehicle for those who are receiving a personal injury settlement and...