The CMS has outlined when and how Medicare’s interests should be protected. If the primary payor is settling future medical benefits for a “qualified individual, allocation must be made to cover future injury-related Medicare allowable expenses to prevent the shifting burden to Medicare. This arrangement is referred to as a Medicare Set-Aside (MSA). Medicare Set Aside must be approved by CMS.

Failure to Retain Your Own Financial Expert

Failing to retain your own financial expert could open you up to potential “failure to inform” malpractice, as evidenced in Grillo v. Pettiete et al. Cause No.96-145090-92 and Grillo v. Henry Cause 96-167943-96, 96th District Court, Tarrant County, TX.  We are financial planners specializing in settlement planning committed to protecting attorneys from liability. We will fight to ensure that your clients get the best possible deal, maximize their settlement longevity, and minimize liability exposure.

Failure to Use HIPAA to Your Advantage

Medical Information is private and protected. By filing a lawsuit, your client may have to give up some of that privacy, but not all. Privacy is good for its own sake, but may also be to your strategic advantage.

The defense, especially in medical malpractice cases, maybe routinely violating HIPAA. When a doctor gives medical information to a “business associate” (which should include their defense attorneys), they have to meet HIPAA requirements. If they don’t, they can be subject to civil and criminal sanctions-or at least deserve to be roundly embarrassed on the witness stand.

When your client signs the necessary medical releases, narrow the releases as much as possible. Require that the released information not be shared without your client’s further permission.

The IRS has developed audit guidelines to determine whether settlement proceeds fall under gross income. These guidelines are entitled “Lawsuit Awards and Settlements” and fall under the IRS Market Segment and Specialization Program. The purpose of the program is to target damages that “otherwise fall through the gap of unreported income.” The document instructs auditors to look for unreported punitive damages, confidentiality clauses, or anything that may have gone unnoticed. Traditionally, the IRS has given more weight to the statements made by the plaintiff in the original complaint to determine whether settlement money are from a punitive or otherwise taxable claim.

Another necessary consideration is that post-judgment interest is taxable. This can be very significant. If a verdict is compromised, the attorney should negotiate away the interest first.

When settlement proceeds consist of taxable and non-taxable damages, proper allocation is critical. While the general rule is to follow the old adage of substance over form, ensuring that the settlement takes the proper form is still an essential part of the settlement planning process. Settlement documents should clearly outline the basis for and amounts of the various damages paid in the settlement.

It is also important to know when to employ the use of a Qualified Settlement Fund (QSF). These funds sometimes called 468B Funds after the section of the IRS code that governs them are essentially a judicial allocation by a court. QSFs were developed to ease the distribution of settlement proceeds in large class-action settlements like Exxon Valdez. Today these tools can be an appropriate action for single claimant cases as well. A good settlement planner will know when the use of a QSF is appropriate.

A client may not be able to deduct the portion of the settlement paid in attorney’s fees from the client’s gross income. In Commissioner of Internal Revenue v. Banks & Banaitis the Supreme Court stated, “We hold that as a general rule when a litigant’s recovery constitutes income, the litigant’s income includes the portion of the recovery paid to the attorney as a contingent fee.”

This decision had several important impacts. Most plaintiffs receiving taxable damage settlements must include the gross amount of the settlement as income, and then deduct the attorney’s fee “below the line.” This would subject the client to phase-outs and exemptions limits and may create an alternative minimum tax (AMT) problem where the client’s income is substantially higher. The solution is to structure both the plaintiff’s recovery and the attorney’s fee. This will defer taxes over a period of years and negate the AMT issue entirely.  Commissioner of Internal Revenue v. Banks & Banaitis, 543 U.S. 426, 430 (2005).

After the settlement negotiation takes place, a plaintiff attorney must be aware of several documents required to execute the settlement and the pitfalls associated with each. The Settlement Agreement and Release identifies the parties and the settlement amounts and officially releases the defendant of liability. The Qualified Assignment sets for the schedule of payments and assigns the obligation of payments. Finally, the Court Order approves the settlement design and spells out any pertinent conditions such as a special needs trust trustee as Payee.

Several common mistakes in drafting the settlement agreement are easy to avoid. The settlement agreement should never state that the plaintiff or special needs trust trustee will purchase the annuity. The plaintiff attorney and settlement planner should be on the lookout for any language that may signal constructive receipt of funds. The defendant or its casualty insurer should send the check directly to the annuity company.

The agreement should avoid any terms such as “receipt and sufficiency is hereby acknowledged.” The term “receipt” and anything indicating such should be stricken from such a clause. Also, the settlement agreement should never put the plaintiff’s injury in question. Instead of a phrase such as “plaintiff claims that he sustained personal physical injuries, all as a result of the incidents…,” the document should say, “plaintiff sustained personal physical injuries that he claims are as a result of . . .”

The court must approve any settlement for a minor or an incompetent adult. The court orders the payment made directly to the assignment company. If the case requires an SNT, then the court will order the payee of the annuity to be the SNT trustee. To protect Medicaid’s interest, no other beneficiary is allowed other than the SNT trustee. The Deficit Reduction Act of 2005 requires disclosure of any injure requires disclosure of any interest an applicant has in an annuity even if the annuity is irrevocable or not treated as an asset. Insufficient disclosure may result in denial or termination of Medicaid eligibility.

Beneficiaries of an SNT do not have an interest in the annuity. The settlement agreement requires that future payments will be paid by the defense. The defense assigns that obligation to an assignment company through the Qualified Assignment. The court orders the payments are sent by the assignment company directly to the SNT trustee. Therefore the trustee is the only party who could sell, accelerate, or encumber the future payments.

Structured settlement annuities are among the safest investments around. The major companies frequently enjoy A+ or better ratings. Even when an insurance company declares bankruptcy, annuitants almost always get reimbursed for the annuity. Of the 700,000 people insured by a structured settlement, only about 300 failed to realize 100% of the benefit promised. Even those claimants managed to obtain most of the benefit after some delays. The industry as a whole is heavily regulated by insurance commissioners requiring reserves, capital and surplus. This ensures that even if a company becomes insolvent, there will still be funds available to pack back annuitants.

During the mediation, the defense will likely argue that their own structure plan is the only or best for your client. It is not uncommon for the other side to bring up myths such as “corporate policy mandates we use this company for structured annuities” or “you must use an approved broker.” The important thing for a plaintiff attorney to remember is that there is no need to argue over a structure. The proper response is to negotiate for the highest present dollar value possible and reserve the right to structure later. The following is sample language to be included in such a settlement:

“The parties agree to settle for consideration of cash and future periodic payments, if any, the details of which to follow within the next 14 days, all of which will cost the defendant $X. Defendant agrees to . . .”

The facts of the Amos case are condensed as follows: 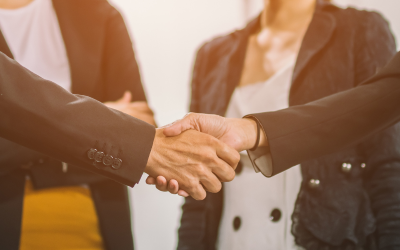 How to Choose a Trustee for a Settlement Protection Trust or a Special Needs Trust?

When a client receives a settlement, they often need a trust to protect the money. It could be a settlement protection...

The Difference Between a Structured Settlement and a Fixed Income Annuity

When it comes to settlement plans, attorneys and clients are most likely familiar with a structured settlement... 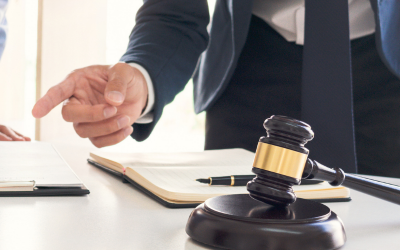 When to Recommend a Special Needs Trust for a Settling Client

A special needs trust may be an appropriate planning tool for a client who has a disability and has been awarded money...